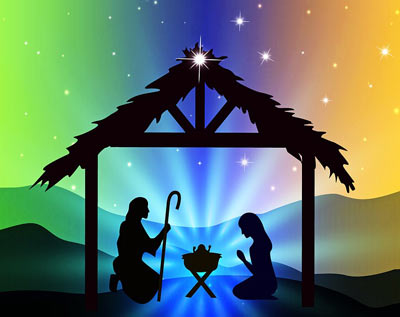 Shane Bennett of the Mission Catalyst blog has written the following post about what the Quran says about the birth of Jesus. He writes:

Time was (and maybe still is) you could split a room full of Christians right down the middle on the issue of Santa Claus! From, “I’ll never let my kids believe in Satan Claws!” to “Did you know you St. Nicholas was an actual guy, a Christian and everything?”

There’s some similar split-ability when it comes to Muslims. From, “We’re really just the same,” to, “They’re all terrorists, hell bent on destruction!” Like in the Santa scenario, the edges are often not where we find good insight.

Toward the end of helping us connect, from time to time I like to mention some ways in which Muslims think, act and are similar to Christians.

In this holiday season, it’s interesting to note that Muslims believe Jesus was conceived miraculously and born of the virgin Mary. The Quran uses the Arabic form of her name, Maryam and records her asking how this baby can be, "My Lord, how will I have a child when no man has touched me?" [The angel] said, "Such is Allah ; He creates what He wills. When He decrees a matter, He only says to it, 'Be,' and it is.”

The actual birth narrative differs significantly from the Gospel accounts, but it’s there. And of course, we differ massively on the fundamental identity of Jesus.

So what do we do with this? How can we connect, rather than split? One, will you join me in praying that this Christmas tons of Muslims will give deeper thought to who this Jesus is and that the Holy Spirit of God would bring insight, hope and life to many?

And if God opens a door, ask a Muslim to tell you what the Quran says about Maryam and her sweet little baby. Then together thank God for Jesus.

Posted by permission of Mission Catalyst.