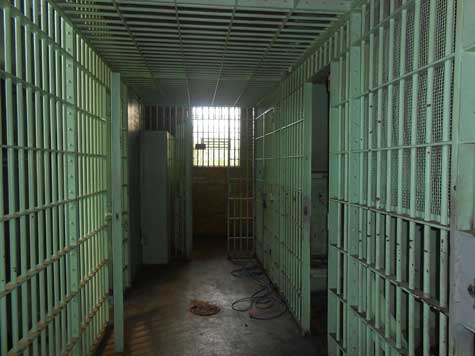 1. The shocking reality of persecution against women.
In the 2019 World Watch List reporting period, there were shocking details about the persecution experienced by Christian women. In many places, they experience a “double persecution”—one for being a Christian and one for being a woman. Even in the most restricted circumstances, gender-specific persecution is a key means of destroying the minority Christian community. This kind of persecution is difficult to assess because it is complex, violent and hidden—in many cultures where women are specifically targeted, it is difficult if not impossible to report accurate numbers.

2. Islamic oppression continues to impact millions of Christians.
In seven out of the top 10 World Watch List countries, the primary cause of persecution is Islamic oppression. This means, for millions of Christians—particularly those who grew up Muslim or were born into Muslim families—openly following Jesus can have painful consequences. They can be treated as second-class citizens, discriminated against for jobs or even violently attacked. Persecution is severe in Iran which is listed as the ninth worst country for persection. The Iranian government continues to crack down on Christian convert communities in its goal of creating an Islamic state based on Shia Islam in continuation of the Islamic Revolution of 1979.

3. The world’s two most highly populated countries rise on the World Watch List.
For the first time since the start of the World Watch List, India has entered the top 10. Additionally, China jumped 16 spots, from 43 to 27. Each of these countries is home to more than a billion people, so these trends are distressing. Hindu nationalists in India continue to attack Christians with what seems like no consequences, and in China, the increased power of the government and the rule of Xi Jinping continue to make open worship difficult in some parts of the country.

4. The spread of radical Islam across sub-Saharan Africa.
While the violent excesses of ISIS and other Islamic militants have mostly disappeared from headlines from the Middle East, their loss of territory there means that fighters have dispersed to a larger number of countries not only in the region but, increasingly, into sub-Saharan Africa. Their radical ideology has inspired, or infiltrated, numerous splinter groups such as Islamic State West Africa Province (ISWAP), a deadly group that broke away from Nigeria’s Boko Haram that also enslaves Christian women and girls as an integral part of their strategy.

5. More laws added to control religion.
State authoritarianism is increasing in many parts of the world, supported by the ever-spreading availability of personal digital technology, which governments can increasingly track through facial recognition, electronic chips and so on. Places like Vietnam, Myanmar, China and North Korea all saw increases in stricter state control of religious rights.