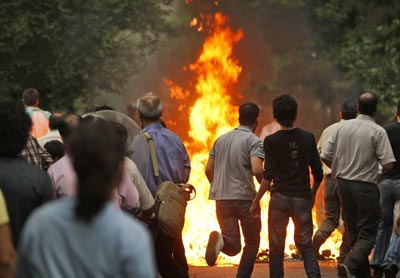 You've probably heard about the recent widespread protests in Iran.

After the government more than doubled the cost of gasoline prices, protests broke out in at least 100 cities. Government forces cracked down. Many were injured, and scores reported killed.

The government also cut internet access in an attempt to keep people from communicating with one another and the outside world. The internet has since been restored.

We ask you to please pray for the people of Iran. Pray for both peace and justice. Pray for the injured and the families of those who have been killed. And pray that God will use this crisis to draw even more Iranians to trust and follow Christ.

Every day our team reaches out to Iranians through our media and follow-up efforts. Our passion is to explain the Gospel of Christ to Muslims and teach Christian believers how to become faithful followers of Christ.