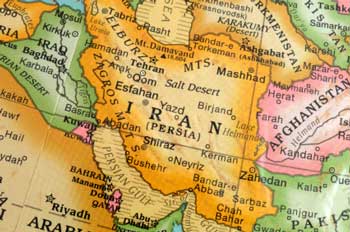 Iran is one of the least-reached countries of the world as far as Gospel outreach is concerned.  There are relatively few means available to reach the 85 million people who live there.  The country is officially an Islamic Republic, and the authorities are doing all they can to steer the hearts of the people back to Islam.  The 1979 Islamic Revolution brought a fanatical Muslim regime to power and slammed the door shut to on-the-ground missionary work.

But that closed door helped to open up many hungry hearts, and an unprecedented spiritual revolution is taking place in Iran today!

God is doing amazing things in Iran.  In an internet café in the bustling city of Tehran as well as in small remote villages where people live in much the same way as they have for hundreds of years, God is transforming the hearts of Iranians.

Iranians are the most spiritually responsive people in the Muslim world today.  Millions are waiting to hear the life-giving message of Jesus.  In fact, Iranians are more open to the Gospel than any other Muslim people group.  More Iranians have been coming to Christ than at any other time in history.  Evangelical Christians in Iran are growing at an estimated annual rate of 19% which is faster than any other country in the world!

Ironically, God is actually using Islam to accomplish His work.  He has opened the eyes of Iranians to the reality of a cruel religious system and caused them to doubt the religion they have followed all their lives.  He is shaking Iran in many ways, resulting in a great spiritual openness.  Millions of Iranians are hungry to learn about Jesus.

Voice of Christ Media Ministries is there “on the ground” every day through its outreach.  Countless numbers are eagerly listening to the truth of God’s Word.

We believe God has uniquely equipped Voice of Christ Media Ministries to proclaim the Gospel in this land.  We are convinced the answer to Iran’s problems is found in lives transformed for eternity by the Lord Jesus Christ.

This defines our passion and what we are attempting to do in the Name of Christ.  It marks out what we will trust God to do through us as we launch into the next decade and beyond.