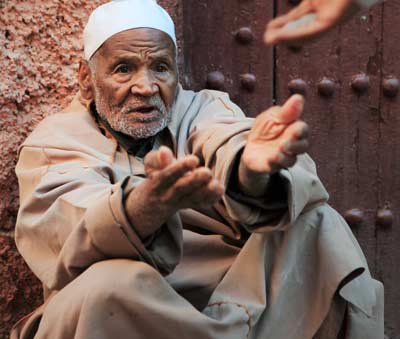 One of Satan's strategies is to keep people from hearing and understanding the Gospel. "The god of this world has blinded the minds of the unbelieving so that they might not see the light of the gospel of the glory of Christ, who is the image of God" (2 Corinthians 4:4).

Muslims make up more than one-fifth of the world's population. Satan has blinded the minds of this huge group of people by cutting them off from the truth of who Jesus is and what He has done for them. Overwhelming numbers of Muslims have never heard a clear presentation of the Gospel -- not even once.

If the problem is one of spiritual blindness and lack of access to the Gospel, the only real remedy is for Christians to lovingly share Christ with Muslims and to invite them to follow the Savior.

However, all too often, the Church becomes terribly pessimistic about the Muslim World. The sheer number of Muslims who have a belief system that seems so different from ours tends to overwhelm us. We also hear about the fierce pressure that they put on Muslim-background Christians. Sometimes we fall into the trap of thinking that certain people, such as terrorists, are beyond hope. The unfortunate result of this pessimism is that the Church becomes paralyzed by fear and unbelief.

But even terrorists can be changed by Christ!  He specializes in changing the hearts of even the most wicked. "If anyone is in Christ, he is a new creature; the old things passed away; behold, new things have come" (2 Corinthians 5:17).