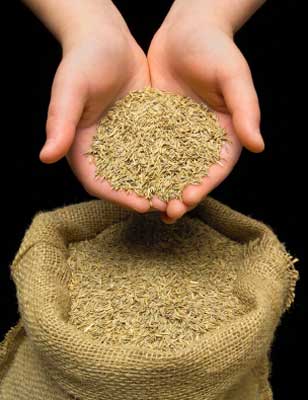 This media ministry reaches Iranians in many places at the same time.  This includes every corner of Iran, 40 other countries within the broadcast footprint of satellite radio, and world-wide for anyone with an internet connection.

So it is that we are broadcasting the Word of God to Iranians 24/7 in one way or another.

Our Lord Jesus used the picture of scattering seed to teach the disciples and the crowds who gathered to Him.  This is the very definition of “broadcast” – to scatter abroad over a wide area, such as sowing seed.  We use the term “broadcast” as in radio broadcasts or satellite broadcasts because it is a way to get a message out to a lot of people over a large area.

Our Farsi website, Radio Mojdeh, is regularly accessed by Iranians in over forty countries of the world.  That is how we’ve been scattering the Seed of God’s Word.

God has used that “scattering” in a tremendous way.  Many of the voices heard on Radio Mojdeh belong to Christians who either fled Iran at the time of the Revolution or who came out later to seek a better life for themselves and their families.  Some are related to Christians who have been martyred for the faith.

Psalm 126:6 says, “He that goes forth weeping, bearing the seed for sowing, shall come home with shouts of joy, bringing his sheaves with him.”