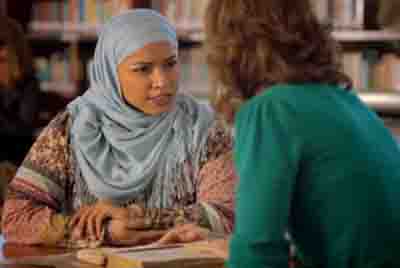 If you live in America or you’re packing a US passport in a far-away land, you may be aware that we’re living through some crazy days here. Really, we talk about it all over, so even if you’re not an American you may be aware as well. I’m not super old, but I’ve never seen a situation like what’s going down here. We could argue ad nauseum about what’s right, what’s wrong, who did what first, and who’s just doing what was done to them. Pretty soon, we might look like a couple of fourth graders arguing over who should wash the dishes. Nobody wants that.

But we do want to follow Jesus, right? I was only sort of kidding when I said to a bud at lunch today that maybe it’s time to bring back “What Would Jesus Do?” And what would Jesus think? And how would Jesus love?

I think people who love Jesus and want to follow in his ways have a wonderful opportunity to do that in these days. Not an easy opportunity. One fraught with peril and risk, but equally or even more filled with possibility.

What if we rose up in the love and spirit of Jesus and set an example for others? What if we were asked to call our sisters and brothers to a straighter path? If God is calling us to that on large scale or if he’s just calling you to step into that in a low key and local way, how might it happen?

Well, you’ve come to the right place. I’m not going to tell you what to think. Land sakes, you’ve got Facebook to do that! But I’m going to give you five ways normal people like you can love Jesus, love Muslims, and love America. All at the same time. (In case it doesn’t quite “go without saying,” people who love Jesus, should love him more than both American and Muslims combined. We’re all cool with that, right?)

1. Separate the “political” from the “human.”

This solid insight came from my friend Tommy at MidIndia Mission. God’s kingdom and the American government have been linked of late in some awkward ways. In case you missed the Super Bowl, here’s the image that comes to mind.

As followers of Jesus, we need to discern the difference between what the government is called to do and what individuals who believe the Bible are called to do. Again, I’m not saying what you should think. But the two have gotten conflated of late to an extraordinary degree. Abraham Lincoln famously said, “that government of the people, by the people, for the people, shall not perish from the earth.” Let’s hope not, but let’s also realize that we are not our government. National efforts to keep terrorists out of our country perhaps do not need to be imitated on a personal level by advocating suspicion against Muslims in our communities.

2. Take advantage of your sphere of influence.

Who cares what you think? Who’s watching what you do? Besides the NSA? (I’m kidding. Just kidding!) Who around you has a sense that you know what it means to be a follower of Jesus? My hunch: More people than you suspect! Scary, isn’t it? But true.

If you were to say, “Hey, I had coffee with a Muslim guy today and it was sort of interesting,” who among your friends would reply, “Yeah? What happened?” Those are the people you might humbly, kindly influence to think in new ways in this national debate. That woman who just came to mind? Yep, that’s her. Talk to her. Does your pastor answer your texts? Send a couple. (Just a couple, please! I’m passing that on based on what my pastor tells me!)
God has given you influence for a purpose. I don’t suppose I know what that purpose is, entirely, but I’d sure love to see you leverage some it if to help us through this tricky time.

3. Recognize fear on both sides.

Happily, as followers of Jesus, we’re invited to pursue a fear-free life. But most of us aren’t there yet. Some Christians are honestly concerned that Muslims are taking over the world. It does no good to lightly gloss over that fear. Nor does it help to imply they’re stupid for being afraid. We must meet people where they are, fears and all, and look with them for a way out.

At the same time, let’s be honest: many Muslims in the US are afraid. A friend of mine recently related, “A young woman told me that after the election she stopped wearing her head covering out of fear. ‘Fear of what?’ I asked her. ‘I live in a neighborhood that is surrounded by churches,’ she answered.” Dang.

Let’s acknowledge what’s going on in people’s hearts and lives, but then let’s live and love, speak and write in such a way to show a better alternative to fear.

4. Get used to the sight of your own blood.

If you step out of line of the predominant political narrative these days, you may take some shots. Heck, if you oppose the predominant opposition narrative these days, you may want to duck! With Jesus (always) as our model and Peter wisely advising us to not get beaten for being stupid, let’s take some risks for what is right. With humility, patience, and winsome words, let’s invite our fellow believers to wrestle with what is right these days. We can love Jesus and Muslims and America.

5. Put your money where your mouth is, and take your friends.

OK, that metaphor may have broken down before it reached the end of the sentence, but here’s my point: It does little or maybe no good at all to wax eloquently about how much Jesus loves refugees and how he’d never institute a “Muslim ban” if he were president, when you’re not willing to roll up your sleeves and link your life with some of them. As papa John says, “Let us not love with words or speech but with actions and in truth.”

While continuing a lively debate on how many refugees should be allowed into the US and whether or not “extreme vetting” should include keeping one of their kidneys in a cooler, let’s do the relatively harder work of caring for the ones who have come. And as you do that, grab a pal by the hand and take them along with you. Visit a mosque with some skeptical friends. (Turns out, it’s not cheating on Jesus!) Enlist your small group to gather some clothes and take them to refugees. Compile a list of what normal people can do in your town, like my bud Tim is doing for Portland.

Speak passionately and act practically. We can, by God’s abundant grace and lots of work, show a good way forward. The love of Jesus is big enough to include both 320 million Americans and 1.5 billion Muslims and the seven million or so who are both.

This blog by Shane Bennett was posted in the February 8 edition of Missions Catalyst, a free, weekly electronic digest of mission news and resources designed to inspire and equip Christians worldwide for global ministry. Subscribe to Missions Catalyst. Shane Bennett has been connecting with Muslim immigrants in Europe for 15 years.