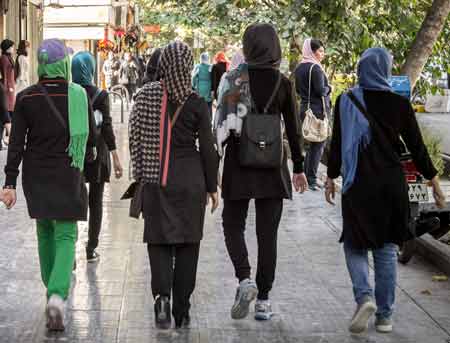 Some Iranians who are persecuted for their faith are well known to the Western world. Some have been martyred inside Iran. Others have been imprisoned and harshly treated. Some have eventually been released, and almost all of those have made their way out of Iran to avoid being picked up again by agents of the Ministry of Information.

There is another level of persecution that affects a greater number of people. Many of them, too, have left their homeland to seek a safer place to worship the God of the Bible.

This persecution comes from family members, colleges and universities, and the armed forces in Iran, and it is not reported by Western news agencies or Christian relief organizations.

Many Endure Persecution from family

Radio Mojdeh (“Good News Radio”) is a 24/7 Christian radio reaching into Iran. Many of the people who come to Christ through Radio Mojdeh tell us what this secondary level of persecution is like. Mark Bradley, in his book Too Many to Jail – the story of Iran’s New Christians, describes it as demeaning and debilitating.

While “Khodayar” was studying to be a mullah in one of Iran’s key Islamic centers he tried to find out about Christianity. A friend of his who was one of our contacts told Khodayar about Radio Mojdeh and he got in touch with us right away. A member of our follow-up team began email correspondence with him and then they started talking on the phone, almost weekly.

In a short time Khodayar put his faith in Christ. He said, “I will mark this day in the calendar of my life. Today I realized that God has not forgotten me and He will never forget me.”

Khodayar’s conversion immediately created problems in his marriage. His wife, a devout Muslim, knew that she could not live with a Christian. Nor would she allow Khodayar to continue being a father to their two boys.

Before long he was arrested. Khodayar was only in prison a few days, but during that time his wife told his parents and the rest of the family that he was an apostate. No one would talk to him; he was treated like an “unclean person.”

He said his life was ruined. His family was scattered and all the relatives cursed him.

Nevertheless, he said, “I am steadfast in my faith in Christ, and His light is increasingly bringing light to my heart, every minute, even every second.”

Iranians must name their religion

At nearly each stage of life Iranians have to declare what their religion is. “Islam” is the only acceptable answer. Iran has a compulsory military for all young men after they leave high school. The first question they ask you at the induction center is to name your religion.

“Molood” didn’t know what to do since he had recently come to know Christ through Radio Mojdeh. He finally put down “Christian,” and the troubles began immediately. Before long he went AWOL and was brokenhearted and frightened.

He emailed us, “I know swimming against the current is difficult. But at the same time I know I will reach a safe shore. I’m not worried that this river will toss me to the rocks or throw me over a waterfall. The gate is narrow and the way is hard that leads to life. The Lord knows how I rejoice in my heart that there is a radio station which makes His name known to Iranians, 24 hours a day.”

It is difficult to know which decision would have been best. Should Molood have lied and said he was Muslim? Or should he have run away? For a young man and a brand new Christian it was not easy for him to make the choices that would profoundly affect his life.

In Afghanistan our Farsi programming and other content can be understood by most of the population. The persecution there against believers is swift and harsh. People can rarely find a Bible.

A man who heard the Gospel on Radio Mojdeh led “Nasser” to the Lord. Nasser lost his job and his family threw him out.

But he emailed us, “Please, every once a while, send me an email with the divine Word, and write about the Word of God and about patience, persistence, and life after death. Your emails comfort me. My family has disowned me, and they are ashamed to call me their son. It is possible that at any moment I will be arrested, imprisoned, or hanged because of my Christian faith. Only one thing has kept me alive in this situation, and that is faith, trust and hope in the salvation of our Lord.”

Especially for young people, persecution erodes their strong sense of family connectedness. “Mehdi’s” father disowned him and kicked him out of the house. Mehdi decided to go home during the day when his father was gone and do the father’s laundry for him.

The father’s hard heart was softened. While he did not come to Christ, he recognized the change in his son was a good one and allowed Mehdi to come home.

Others have different family situations. Young people depend on the guidance, instruction and especially loving support of their parents. When that is no longer available, they turn to spiritual fathers. The Apostle Paul was that kind of father to many young disciples. Our follow-up team provides support, encouragement and godly advice to hundreds of young Iranians who come to Christ through Radio Mojdeh.

One such Iranian teenager, “Arsham,” is living in the West. His father is dead, and this young man got into desperate trouble when he chose an immoral life-style. Our follow-up team counseled Arsham, prayed with him, and led him back to a re-commitment to Jesus as Lord. 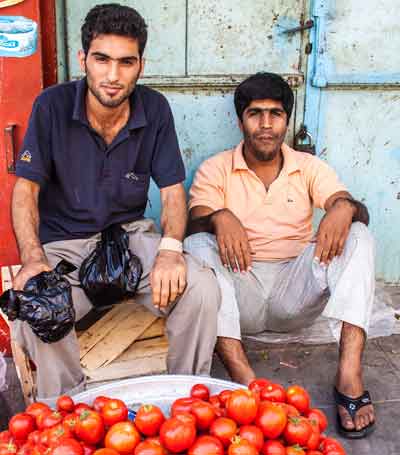 Some of our contacts have lost their opportunity to attend college. In Iran they cannot be accepted at any university if they confess Christ openly. The same is true of government jobs. One woman told us she had quit looking for work in her field because there was no way anyone would hire her. She wasn’t complaining. Her new life in Christ was the most important thing in the world to her.

We told our friends recently about a man who simply called himself a “New Convert” out of fear of retaliation from his family.

He told us, “I know I won’t be here in this world for long. I know I will be killed by the government or my people. I know who is after me. Please help me to die as a real and genuine Christian. I have a wife and child and when I die, I don’t want them to be forced to return to Islam. So please teach me from the Bible. I will do my best to be the Lord’s servant.”

Another contact, “Tariq,” faced a difficult time during Ramadan, the Islamic month of fasting. He lives in Afghanistan. His relatives and co-workers could immediately see that Tariq was not keeping the Ramadan fast.

He feared for his life and took off. After a long and hard journey and a painful separation from his wife and children, he was able to come back eventually. He faced a court trial and the judge spared Tariq’s life but sentenced him to work at an Islamic propaganda center.

“Maryam” came to Christ through Radio Mojdeh nearly ten years ago. Over a period of several months she moved from questioning Islam to rejecting it and putting her faith in Jesus. Almost immediately she lost the job she had had for several years.

Maryam felt bad that she would have to send her daughter to Muslim schools when she was old enough. But she trusted the Lord to take care of her.

The family pressure began right away. Maryam knew it was possible she might be turned in by her aggressively Muslim in-laws. One day she came home from grocery shopping and found her mother-in-law in her living room, shaking with anger. Mary’s four-year-old daughter had happily shown Grandma the new book that Mommy kept by her bed. It was a New Testament. Maryam was not able to contact us again.

Some find it necessary to emigrate

Persecution becomes so severe for some Iranian Christians that they choose to pack up their belongings, sell their homes and businesses, and move their families out of the country. One family escaped over the garden wall just ahead of the government agents who were coming to arrest them.

Many emigrants spend at least two years in a neighboring country like Turkey or Greece, waiting for the United Nations to accept their case and grant them refugee status so they can apply to live in the West.

The pain of leaving their homeland, their families and their security is etched on their faces. But Iranians are strong. The hard part of transitioning to life in the West can be the worldliness they discover and from which they want to protect their children.

Radio Mojdeh is heard on both satellite and the internet. These tenacious Iranian Christians can continue listening, reading, studying and being encouraged in their faith wherever they end up settling.

Pray with us for them. Pray for courage, faith, and commitment to the Lord. Pray for physical stamina and financial provision. Pray they will grow in their faith and love for the Word of God. Pray that God will protect them.

Pray also for our follow-up team as they give them counsel, teaching, and encouragement.

The Apostle Peter wrote, “Even if you should suffer for righteousness' sake, you will be blessed. Have no fear of them, nor be troubled, but in your hearts honor Christ the Lord as holy.”

If God is for them, who can be against them?