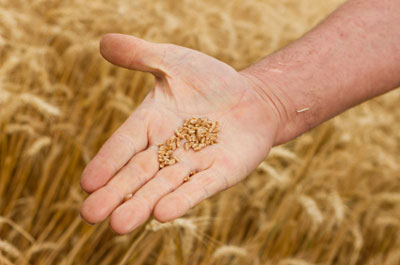 The years prior to the Islamic Revolution in Iran contrasted sharply with the Iran of today.  There was relative freedom to sow the Seed of God’s Word across the country.  A lot of it went out through personal witness, preaching and teaching, radio, literature and Bible correspondence courses.

But in those days, God’s Word often fell on rocky ground, and little spiritual fruit emerged even after years of sowing.

Today the situation is completely different.  There is little freedom because the Islamic government restricts all attempts to make Christ known.  But there has been much fruit.  Iranians are spiritually hungry, and hundreds of thousands have become followers of Christ.

Why the big change?

It is at least partly because the Seed that was sown years before the Islamic Revolution finally began to grow.  We well remember the letter we received from a young man whose father had died.  The young man found a dusty Bible that his father had received years earlier but had apparently discarded.  The son began to read the Bible and was wonderfully saved.

This encourages us to pull out all the stops to sow the Seed.  The results may not come right away.  But from much sowing we can expect eventual reaping.  This is why we want to diligently proclaim God’s Word and trust Him to use it in the lives of Iranians.