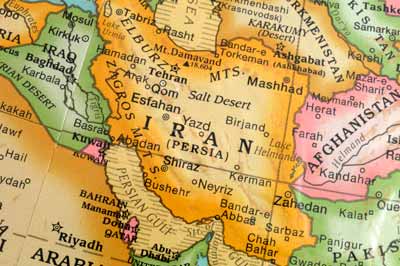 The Lord has called us to proclaim the Word of God.  Only He can make the changes in the human heart, and He uses His Word to do that.  We teach the Word of God, and the Holy Spirit makes the application to each individual heart.

God works in ways that surprise us sometimes.  Western Iran is bordered partly by the Persian Gulf and partly by the country of Iraq.  Afshin, a man in Iraq living near the border, found the Radio Mojdeh website nearly a year ago.  He initially told us he had been interested in Christianity since childhood and now wanted to put his faith in Christ.

One of our follow-up staff telephoned Afshin, and during the conversation Afshin trusted Christ for his salvation.  He began studying the New Testament carefully and wrote,

“How blessed we are that our sins are forgiven because of faith in Jesus Christ!  Praise be to God who has forgiven all of men’s sins because of His Son’s blood.”