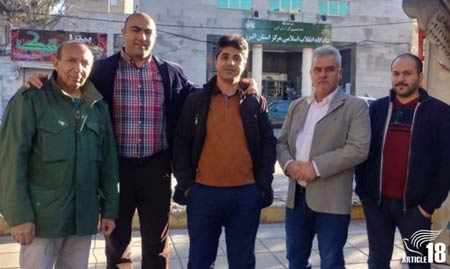 God continues to do an amazing work in Iran. Many thousands of Iranians are coming to faith in Christ. We share this article from Open Doors.

"As persecution against Christians intensifies in Iran, the church is standing strong. In fact, it’s growing! In this Middle Eastern country where both conversion from Islam and sharing your faith are illegal, Muslims are rapidly coming to Christ—so rapidly that Iran’s government leaders are acknowledging the exponential growth of the church.

Alavi admitted his agency is collaborating with Muslim religious seminaries to combat the perceived threat of mass conversions to Christianity across the country.

In his speech, Alavi also admitted that “these converts are ordinary people, whose jobs are selling sandwiches or similar things.” According to Article 18’s Advocacy Director Mansour Borji, this admission represents a “huge shift” away from Iran’s usual rhetoric that converts are agents of the West who have undergone significant training to undermine national security.

“It is also interesting to see the intelligence minister admit to ‘whole families’ converting,” Borji said, noting that this is “an admission that such conversions are far from a rare event; rather they are happening en masse, and across the country.”