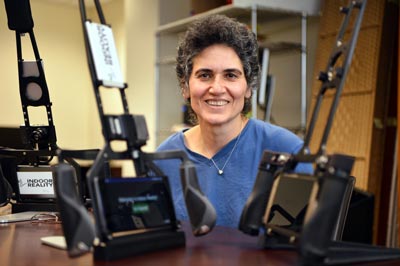 The Mercury News reports: For one of Silicon Valley’s most important inventions, we can thank Avideh Zakhor, creator of technology that helped bring us Google Earth and Street View.

Before today’s Google Earth and Street View could show us their stunningly detailed views of our world, there was Zakhor and her team driving a truck loaded with sensors around Berkeley and flying in a helicopter overhead to gather imagery, mapping part of the city in three dimensions.

And then there was Zakhor, a UC Berkeley professor of electrical engineering and computer science for nearly 30 years, turning her research into a Defense Department-funded startup. After the funding ended she sold the company to Google for a price she declined to reveal. Google built her innovations into Earth and Street View, used it to advance Google Maps and is pushing it forward into a future in which cars drive themselves. Read more in The Mercury News.