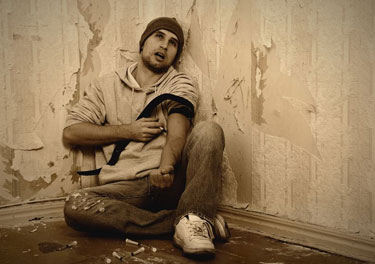 The youth culture of Iran today is in crisis.

Escalating social problems such as unemployment, drug abuse, prostitution and suicide weigh heavily on the general population, but especially on youth. With 70 percent of the population under 30 years of age, Iran has one of the largest youth populations in the world. Many youth feel increasingly hopeless about their future.

Unemployment is a big social problem, and youth make up the largest group of the unemployed.  A recent report states that nearly half of Iranians between the ages of 15 and 29 are unemployed, and the crisis is expected to worsen.

Tehran newspapers report that drug consumption has been on the rise in recent years. The government estimates that there are two million addicts.  But those who work to combat the rising drug problem say the number of addicts might be as high as seven million.  Sharing needles is considered to be responsible for some 70 percent of all HIV/AIDS cases.

It’s estimated that Tehran has close to 84,000 prostitutes. According to the state news agency, most are young women who have run away from home due to parental abuse, divorce, addiction, unemployment or forced marriages.

The human heart naturally craves for maximum pleasure.  Iranian youth are no exception.

Drugs, partying and premarital sex are all part of contemporary life in Iran today. Youth openly rebel against authority by treading on forbidden ground. Young women openly challenge the government’s dress code by exposing as much hair as possible and wearing heavy make-up and short skirts.  Some boys and girls meet in cafes and public places where they socialize freely, smoke cigarettes and display open intimacy.

Real answers to life's questions are critically needed in Iran today, and youth need a change of heart more than anything – not necessarily a change in the political climate.  They need to experience spiritual regeneration through Christ.

This is why we do what we do at Voice of Christ Media Ministries. We have unprecedented opportunities for sharing the Gospel of Christ with young Iranians, many of whom are lonely and hurting.  When they face difficulties, we share how God through Christ can help them overcome their fears, loneliness, discouragement and feelings of hopelessness.

The risen Jesus Christ is the only one who can change people from the inside out. He’s both willing and able to change hopeless situations. This is why we focus on preaching Christ, His death, resurrection and power and authority to change lives and give hope for the future.

Jesus Christ can change seekers of pleasure into worshippers of Jesus Christ.  It’s the power of the Gospel message that changes hearts—one person at a time.  And it’s happening today!