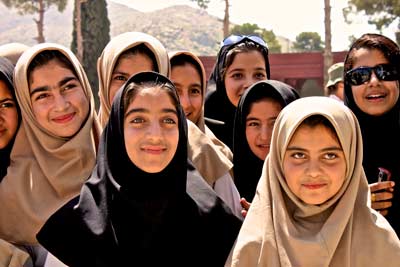 Payvand has published photos of smiling poor people in Kerman province in Iran. The author writes,

"Poverty has a bitter name.  However, the people who live in the southern part of Kerman province of Iran have gotten used to it. There is so much poverty all over the place that its absence anywhere will look odd. The men and women of the villages are used to lack of basic amenities such as water, electricity, gas or sanitation. However, rather than accept poverty, these people resist it. Despite all the hardships, they safeguard the seeds of hope in their hearts. And in the face of all the difficulties, they smile; and in the darkness, they create thousands of colors. The clothes of these people is full of bright and cheerful colors, which stands out against the single dark color of poverty!"