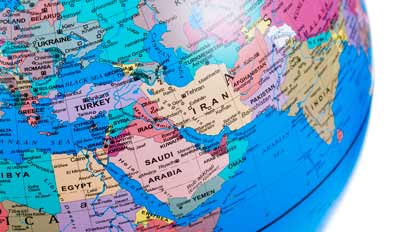 When I first went to Iran more than 50 years ago, I was immediately struck with how difficult it was to reach the many millions of Iranians with the Gospel.

Most lived in scattered villages where it was hard to contact them without arousing suspicion. Some villages were just plain hard to get to. In addition, half the population was illiterate and could not read the Scriptures even if they had copies.

The challenge of reaching the vast number of people in the country was intimidating.

Although some Muslims were hungry to hear God’s truth, many others were indifferent to Christ.

The problem was how to locate the hungry ones in such spiritual darkness.

The Iran of Today is Different

Today many Iranians still live in isolated villages, and illiteracy is still a real factor. But there are three major differences in the Iran of today:

First, missionaries are not permitted to live in the country.

Second, God has done a wonderful thing in opening the hearts of countless Iranians to the Gospel. Millions are hungry to know the truth and learn about Jesus. In fact, Iranians are more open to the Gospel than most other Muslim people groups in the world today.

Ironically, the Lord has used Islam to accomplish much of this work. He has opened the eyes of Iranians to the reality of this religious system. He has stirred up their hearts to begin to doubt the religion that they have followed all their lives.

Third, God has given us strategic tools to bridge many obstacles. Although missionaries were forced out of Iran in 1979, Voice of Christ Media Ministries penetrates every corner of the country 365 days of the year, 24 hours of every day with tools that include satellite radio and internet, podcasts, Facebook, Instagram, YouTube, and Android and Apple mobile apps - all media that Iranians use on a daily basis. The satellite broadcasts blanket Iran, Afghanistan, Tajikistan, Turkey and Europe 24 hours of the day. The internet broadcasts can be heard wherever people have an internet connection.

Amazingly, the Gospel of Jesus Christ is reaching more people every day via radio and internet than missionaries could have reached personally in an entire lifetime.

We face a big challenge in the 21st century. How can we most effectively use our limited resources to reach the people in Iran with the Gospel? Here in the second decade of the third millennium we are looking at new technology and new ideas.

Nevertheless, Iran is still one of the least-reached countries of the world, and there are relatively few means available to reach the 75 million people who live there.

In addition, we face a backlash to the perceived threat the political leaders of the Islamic Republic of Iran present to the West. How do we deal with Iran? Heads of governments all over the world are asking themselves this question.

So are we. But for different reasons. We believe God has uniquely equipped Voice of Christ Media Ministries to proclaim the good news of Jesus Christ to this land. We believe that time is running short. And we are convinced the answer to Iran’s problems is found in lives transformed for eternity by the Lord Jesus Christ.

This defines our passion and what we will attempt to do in the Name of Christ. It marks out what we will trust God to do through us as we launch into the next decade and beyond.

We continue to minister in Persian, the official language of Iran. It is also known as Farsi, and is spoken by almost all Iranians. Dialects of Farsi are also spoken in the neighboring countries of Afghanistan and Tajikistan.

Evangelism is a big passion because evangelical Christians make up only one half of one percent of the population, according to Operation World.

We focus on creating and distributing evangelistic and discipleship content for the millions of Muslims who seek the truth about Jesus Christ. We also broadcast 24/7 from our Persian website, www.RadioMojdeh.com. The website also includes Bible teaching, testimonies, and the Scriptures in Persian.

Some of the special programs we air include “Unshackled!” radio dramas, Round Table discussions for youth, and seasonal programs for Christmas, Easter and No Rouz, the Persian new year.

Many hundreds of thousands of Iranians have come to faith in Christ, and so our other passion is to teach and disciple Christian believers. For many of them, the teaching we provide is the only spiritual food they receive each day.

Iran is a young country. Because nearly two-thirds of the population are under age 30 and 24% are under age 15, we focus many of our programs on youth.

By itself, Voice of Christ Media Ministries will never be able to complete the task of the Great Commission. It is necessary to work together with other ministries, individuals and churches that share the same vision.

We already partner with several ministries that provide blocks of Persian programming for satellite radio and our internet radio station. In addition, we work with a number of outside producers who record programming for us. We have partnered with other ministries to distribute literature, video and audio material.

At the same time there is a great need for more churches and individual believers to link with us by praying, providing financial support and helping in other practical ways. We greatly value our prayer partners and donors and pray that more Christians will be led by God to have a part in this ministry by coming alongside us.

Iran is being shaken in many areas, resulting in a great spiritual openness. Voice of Christ Media Ministries is already there “on the ground” every day through its outreach. Countless numbers are eagerly listening to the truth of God’s Word.

However, our resources are not limitless for spreading God’s Word. Only so much money, personnel and time are available to carry out this mission that we believe God has given us. So we concentrate on what we do best and what will make the greatest impact for God in Iran.

This is our strategy for dealing with Iran. By faith we will shine the light for a people sitting, walking and living in darkness. We are completely dependent on the Lord and we dedicate ourselves and the work of our hands to Him.