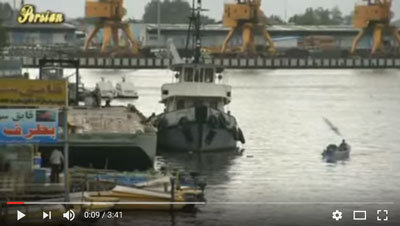 Bandar-e Anzali is an Iranian harbor town on the Caspian Sea, close to the city of Rasht, in northern Iran.  "Bandar" means "port" in Farsi.  Bandar-e Anzali had been called Bandar-e Pahlavi during the pre-1979 Shah Pahlavi dynasty.

This town is one of the most important seaports in northern Iran.  The Anzali Lagoon divides the port into two parts.  It includes an island called Mianposhteh and the surrounding lands.

Bandar-e Anzali has the most humid climate of any city in Iran.  The people of Anzali speak Gilaki as their maternal language and Persian as the national language.

This video is an introduction to the sights and people of this harbor town.