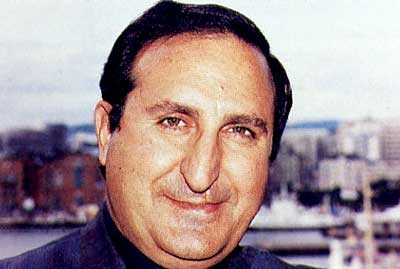 Twenty-five years ago three of God’s choicest servants in Iran were martyred because of their faithfulness to the Lord Jesus Christ and the Word of God.

The first was Haik Hovsepian Mehr who was Bishop of the Assemblies of God in Tehran. His photo is on the left.  Haik encouraged unity among Christians in Iran.  Armenian by birth, he was a gifted musician who added greatly to the worship experience of the Iranian church.  To listen to some of the songs that he recorded, click here and here and here.

His death came shortly after he brought worldwide attention to the plight of Mehdi Dibaj who had been imprisoned for his faith by the Iranian authorities for 10 years. Haik’s efforts paid off, and brother Mehdi was freed January 16, 1994. Three days later Haik disappeared, and his family learned of his death by the end of the month.

Haik taught many Christians the value of persevering in the face of pain and suffering. He could have emigrated from Iran and gone to live in another country where life would perhaps have been easier and certainly safer. But he chose to stay so he could minister Christ to the people he loved the most. His children are faithful servants of Christ as well.

Tateos Michaelian disappeared on June 29, 1994 after leaving his home. He never returned. Three days later the police produced his dead body. He pastored the St. John Armenian Presbyterian Evangelical Church in Tehran and served as Executive Secretary of the Presbyterian Synod in Iran. From the 1960s until 1980 he was general secretary of the Iranian Bible Society, and had translated numerous Christian books into Persian. He was a gifted translator and trained many Christian workers. No one who asked him for help was turned away. In his final sermon he encouraged the believers to courageously prepare to face martyrdom. In 2014, a new translation of the Bible in Farsi, called the Millennium Version, was released in Michaelian's memory because he had been one of the first translators prior to his death.

Mehdi Dibaj's ten years in prison included two years in solitary confinement in an unlit cell measuring three feet by three feet. In a sense, his circumstances were different from Haik’s in that he was born into a Muslim family. His conversion to Christianity was a capital offense in the eyes of the regime. He was a zealous evangelist and recorded a number of radio programs for Voice of Christ Media. Despite his release in January, he was found murdered on July 5, 1994. His greatest legacy may well be his impassioned defense of the Gospel presented to an Islamic court. His children still faithfully serve the Lord today.