Over the years, Voice of Christ Media Ministries has used various methods to broadcast the Gospel into Iran. This includes the initial shortwave radio broadcasts and extends to our present emphasis on podcasts and satellites. Those who have followed us through the years may not be quite sure how we now send Bible teaching and evangelistic programs into Iran, though it’s clear from listener responses that we do so. We have sought to remain relevant as the times and modes of transmission have changed. Let’s clarify our current methods, starting with a quick review of how we began. 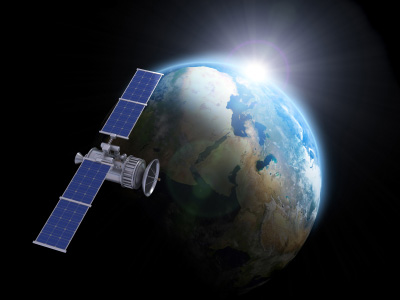 Back in 1962, Dick and Doreen Corley were missionaries in Iran. The massive spiritual desert there was obvious, but they could only live in one city. Dick brought a film of Jesus’ life and resurrection out into nearby villages to share the gospel and offer Jesus’ gift of salvation. They could only visit a small fraction of the villages nearby, while knowing that so many others had no chance to hear. Dick began to think about the strategic value of radio which could reach far more people with the life-giving gospel. He started with one fifteen-minute broadcast per day. Through the years since, numerous Iranians have heard the gospel on our broadcasts. A number of these have been saved from a Christ-less eternity, and many have been built up in their knowledge of the scriptures.

While shortwave was the primary mode of transmission for years, in the 2000’s Radio Voice of Christ began adding new types of media. Iranians were increasingly turning to the internet for their information and entertainment. We launched a website, began streaming over the internet, and have continued to innovate. In 2009, we changed our ministry name to Voice of Christ Media Ministries to reflect our commitment to following listeners into these newer media technologies.

What technologies does Voice of Christ Media Ministries now use to transmit the gospel and our Bible teaching, music, shows for women, and other spiritually-profitable programs? How does it all work together?

We still maintain this one traditional broadcast radio program. Rural or nomadic people may not have regular internet or satellite connectivity but might listen to an old AM radio. Since this option is inexpensive (because it is subsidized by a generous ministry partner), we continue offering it.

In 2006, we began internet streaming using RealAudio format and later MP3. We keep these streams running because they are compatible with older devices. These legacy streams still garner listeners, even though their sound quality is not perfect.

In 2016, Voice of Christ added HLS (HTTP Live-Streaming) internet streams. These offer more robust connections, higher sound quality, and lower data usage. They feed the audio player in our mobile phone apps and on our website. They are also more difficult for nefarious governments to block.

B. Eutelsat 7 – Also covers western Iran from a different sky position, on the same satellite as Iran’s most popular TV channel. Stronger signal, and better coverage than Hotbird.

C. Yahsat – Our newest satellite, the strongest signal, offering excellent coverage into every corner of Iran and adjacent Persian-speaking countries.

Since they transmit from an orbit 22,000 miles above the earth, satellites cannot be blocked by repressive governments, though the Iranian authorities do resort to satellite dish confiscation campaigns at times.

The On-Demand media options allow the listener to choose precisely the programming they want, listen to it at a time convenient to them, on a device of their choice.

Podcasts are simply audio programs available for download. The listener is able to search the internet, choose a topic of interest, download it on any digital device, and listen at a suitable (often private) time.

Facebook, Instagram, YouTube, and Telegram are popular social media sites, where we regularly post short videos, scriptures, and provocative questions. Social media is a “front door” that makes us findable and invites people to engage with our more content-rich resources on our other platforms. We aim to engage people who are “seekers” who may be interested in Christian beliefs, or are searching for answers to questions about the Bible or religious teachings.

People will sometimes find us through searching with a hashtag such as #christianprayer, which will direct them to a Christian social media post. Over Holy Week this past April, more than a thousand people viewed our Easter posts by searching with relevant hashtags. Most would not have been familiar with Radio Mojdeh, and many were probably not Christian—yet.

Our website contains the most diverse library of our programs in Farsi, both audio and written. If you would like to take a look, Google Translate provides a tolerable English option, which pops up. Despite government blocking, thousands of Iranians use Virtual Private Networks (VPNs) or proxy software to get around blocks and visit our website.

Despite the many formats Voice of Christ Media Ministries has used to offer the Gospel and Bible teaching to Iranians through the years, the message is timeless, and endlessly hopeful.

Voice of Christ Media Ministries’ Iranian (and occasional Afghan) listeners often respond with warm gratitude as they learn about receive knowledge of salvation, wonderful Bible teaching, and remote discipleship. Over nearly 60 years, the Lord has used this ministry to offer His truth and salvation to countless Iranians lost in darkness. Many have been drawn into His marvelous light. Only the Lord truly knows how to measure the effects of these efforts.

As Iranians hear the Gospel and are gathered into His Kingdom, they often share this new life-giving truth with those around them. This creates a ripple effect which can grow exponentially. Just as Jesus prayed not only for the disciples, but also for those who would believe through their message in John 17, the newly saved are often so enthusiastic that those around them also find the Savior. Praise the Lord for His marvelous work, and may thousands more come to know Him!