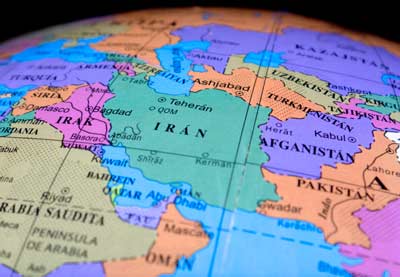 Access world news on your smartphone and you will certainly see stories focused on Iran, including threats by its government to break the 2015 nuclear deal and reports of attacks on ships in the Strait of Hormuz.

In her June 18 report, Katey Hearth of Mission Network News points to a larger and more important spiritual reality:

"Tensions surround Iran’s current political affairs, and a spirit of fear grips people on the streets. Muhammed, the leader of a Persian house church, says many Iranians live in constant trepidation. 'Iranians are glued to their TVs or their mobile phones, waiting for the next news update… waiting for Tomahawk missiles to rain down,' Muhammed says. 'I want people to be excited that we’re seeing the biggest revival happening in the Middle East since the Islamic conquest,'"

Read this entire report and listen to an accompanying radio report from Mission Network News.