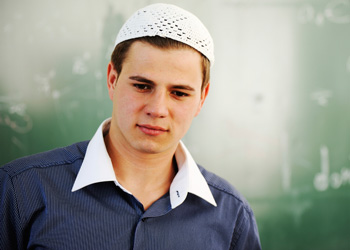 As we see increasing evidence that the Spirit of God is moving across the Muslim world, more Muslims are asking the question, “Who is Jesus?” They may not be asking it of Christians or out loud, but it is certainly on their minds. Other Muslims ask it with an antagonistic attitude seeking to argue with us over this central Christian belief. Some will come to us sincerely wanting to know the answer from a true follower of Jesus. What shall we say to them and how shall we convey this truth?

Muslims have some knowledge about Jesus

They already know part of the answer. They are taught in Islam that Jesus is virgin born, that He lived a sinless life, that He healed the sick and raised the dead and that He left this world in a very unusual way, without dying. Foremost, Muslims see Jesus as a prophet. Their real question is, “How can Jesus, being a man, be the Son of God, as you Christians proclaim?” When Chris­tians speak of the incarnation, Muslims have a pre-pro­grammed answer, saying, “This is blasphemy,” and turn away in unbelief.

Perhaps we need to realize what causes us and all true Christians to accept this truth about Jesus. Like the early disciples, we have examined the evidence about Je­sus and have come to the belief that only the incarnation can explain what Scripture says and what we have expe­rienced in our own lives. Our problem may be that we don’t give Muslims the chance to do the same, but have given them just the conclusion, without the evidence.

The answer to the big question

Remember that Jesus had a similar situation with His disciples. They were religious Jews who also be­lieved in one and only one God (Deut. 6:4). (Muslims keep reminding us that God has no equals, or associates, or Son). Jesus waited for nearly three years and then near Caesarea Philippi in Matthew 16: 13-16 asked the important question, “Who do you say I am?” They had been watching and listening. They had heard the Word of God and seen the miracles, healings, feeding of the multitudes, control of the weather; the list went on and on. Peter draws the only conclusion possible from the evidence and says, “You are the Christ (Messiah) the Son of the living God.” Peter became spokesman for the group with no objections - not even from the betrayer. We know they had already discussed this question.

They were convinced. Jesus tells Peter, and all future fol­lowers, that this truth was not taught to them by man, but was a revelation from the Father. Further, this truth would be the cornerstone upon which Jesus would build His church. This same event is recorded in Mark 8:27 and Luke 9:18. In John’s gospel we don’t encounter the re­cord of this event. Rather, in John 20:30-31 we read that the purpose of the whole book is to record the “signs” of Jesus so that the reader may believe Jesus is the Son of God.

Only after the disciples of Jesus were convinced of who He was, were they ready for part two, what the Messiah would do. In each of the first three Gospels, fol­lowing the revelation of who He is, Jesus explains in the next paragraph that the Messiah will “suffer many things and be rejected by the elders and chief priests and scribes, and be killed, and on the third day be raised” (Luke 9:22). The Messiah would be crucified and then raised from the dead. With Muslims it is best to follow the pattern of Jesus - to first give the evidence for who He is (incarnation), and then to explain why He had to die (atonement).

We have said we want Muslims to see the evidence for who Jesus is. They must also experience that evidence. Our witness to a Muslim should involve a rela­tionship with that person. Jesus was a master at forming relationships quickly. Sometimes Jesus took control of the conversation and went straight to the person’s life issue, as in John 3 with Nicodemus. With other people He asked penetrating questions, as the woman at the well in John 4. For Muslims especially, we need to show by our behavior and words that we are not what they consider typical Christians; meaning we forgive (even Muslim terrorists), show mercy to others, pray publicly and talk about God and what He has done in our lives. We demonstrate cultural sensitivity by accepting them as equals (people for whom Christ died) and eating and sometimes dressing so as to not offend them (sometimes called modesty).

Tell the story of Jesus

Having done all of these things, which can be dif­ficult if your Muslim friend is from a conservative land, what is the evidence they need to see? A friend of mine said it this way: “I want to take my Muslim friend by the hand to the hills of Galilee, to sit at Jesus’ feet. There he can listen to His teaching and experience firsthand the deliverances and healings.” In brief, my friend desires to tell his Muslim friend the story of Jesus’ life; His words, His power and His love for all mankind.

Sometimes the best we can do is give a copy of a single Gospel to tell the story of the Messiah. In this case probably the best is Luke, John or Matthew - in that order. Mark is a little more difficult because in 1:1 he declares the truth of Jesus being the “Son of God,” be­fore the evidence has been given. An ideal way is to tell the stories to the person individually. You don’t need to memorize them word for word, just make plain the main truth about Jesus in each one. As we share the stories suggested below and their main truth, we want the listeners to draw the conclusion about the meaning themselves, not imposed by the storyteller. Remember this truth: Je­sus said that the revelation of who He is comes only from His Father.

Remind your Muslim friend that the Gospels contain the story of Jesus’ life recorded by His first disciples and are therefore reliable. It would have been impossible to change them, for many knew the story from hearing it, and some were still alive who had experienced it. Here, then, are some suggestions from the Gospel of Luke for stories that reveal who Jesus really is!

Scriptures that reveal Jesus as God

In this passage the angel tells Mary about Jesus’ approaching birth. Twice he says that Jesus will be the Son of God, verses 32 and 35. You may also want to tell about the birth of John the Baptist, with whom Muslims are familiar. Use Luke 1:5-25, 39-45, and 57-66.

Here we see Jesus Himself refer to God as His Father in verse 49.

The key verse here is 22 where the voice speak­ing from heaven says Jesus is His beloved Son, a very dramatic ending to the story.

Note here that Satan understands the claim that Jesus is making and tempts Him to do certain things to prove the claim, thus disobeying God. The claim is in verses three and nine, “If you are the Son of God…”

Jesus reads a verse that applied only to the Mes­siah (Isaiah 61:1- 2a). The people then tried to kill Jesus because of this claim (verse 29).

Before being cast out of the man, the demon speaks through the man and declares Jesus the holy one of God (verse 34).

Again, as demons left people they would cry out, “You are the Son of God.”

This is one of the most powerful stories from Jesus’ ministry to reveal who He is. This event is not primarily about faith or healing or perseverance. It is about a situation Jesus creates by telling the paralytic his sins are forgiven. This gets the attention of the teachers from Jerusalem that are present. They rightly see that only God can forgive sin. Jesus asks, “Which is easier to SAY…your sins are forgiven or rise and walk?” The answer is – your sins are forgiven, because there would be no visible change to the man. But to prove He has authority to forgive, which only God can do, Jesus heals the man. He thus shows again that He is the Son of God. In this passage He identifies with mankind, however, for He calls Himself by His favorite title, Son of Man.

The question Muslims must answer

Although we are a long way from finishing Luke it should be obvious by now that the main question, per­haps the only question that Luke seeks to answer for Theophilus (1:3) is the question, “Who is Jesus?” It is the question that Muslims must answer in order to find the true peace of God. Let us share the evidence with them and pray they have the same revelation Peter had long ago - “You are the Christ, the Son of the living God.”

This article was written by Dr. Paul Parks and printed in the January/February 2012 issue of Intercede, a publication of Global Initiative (http://globalinitiativeinfo.com)