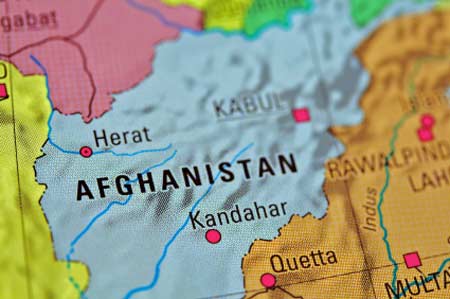 The attention of the world has become riveted on Afghanistan in recent years. Prior to September 11, 2001, few people knew very much about this beautiful Central Asian country, which is located north and west of Pakistan and east of Iran.

Afghanistan (which literally means "the land of the Afghan") is a landlocked country slightly larger than France. It is extremely rugged with high snow-capped mountain ranges. The massive Hindu Kush Mountains divide the northern provinces from the rest of the country. The climate is arid or semi-arid with cold winters and hot summers.

Afghanistan has existed as a nation for only a little more than two centuries. The land was originally a part of large world empires. In 1774, when the Great Mogul Empire lost its grip on the land, the kingdom of Afghanistan was officially founded.

Dari and Pashtu are the official languages. Both are written in the Arabic script. However, Dari, a Persian dialect, has always been used for business and government transactions.  Ninety-nine percent of Afghans are Muslims.

The Afghans have suffered severely from the ravages of famine and three decades of war. The upheavals have reduced the country to ruin and destitution.  The Afghans consider poverty and lack of security to be their biggest problems.  Although the country still suffers from conflict, progress has been made in those areas where there is peace.

Much prayer is needed for Afghanistan. Pray for peace and the reconstruction efforts. Pray especially that many Afghans will hear the Good News and come to know the Prince of Peace.

Other information about Afghanistan:

Afghanistan and Its Culture