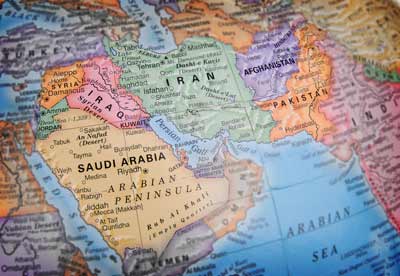 The whole world is caught up in it now. No longer just a Middle East problem, we are witnessing the clash of civilizations of historic proportions.

Every day we hear the stories and see the pictures. But there is an untold story unfolding in thousands of lives all over the Middle East. God is doing something amazing.

A generation of Iranians and Afghans have survived a lifetime of war, economic decline, religious oppression and crushed hopes. Their leaders have tried to create an ideal religious society. And it has become a nightmare for tens of millions. They are desperate for hope. You and I would be too.

In the inner places, in tens of thousands of hearts, God is stirring. And in those quiet, empty places, God’s Word is finding fertile ground in open hearts.

Behind closed doors, many Iranians and Afghans are tuning in to Voice of Christ Media Ministry’s daily broadcasts. What they are hearing is touching that place in their hearts that aches to be filled.

As Muslims, they believe God is merciful and compassionate. But in their experience they see precious little of either mercy or compassion in their lives and communities. As they listen, they hear about the Jesus of the Bible, a Jesus they never knew. And they find in Him all the love and mercy and compassion their hearts have longed for their entire lives.

The untold story of the Middle East is that more Persians are coming to Jesus Christ now than in the previous 1,300 years!

In 1973, there were perhaps as many as 2,750 Iranian and Afghan Christians. Today it has been estimated that this number has increased to hundreds of thousands.

Many observers say that when the veil is pulled back, we will discover many tens of thousands of followers of Jesus—listening to their radios, trusting in the Lord who died for them and who lives in their hearts.

There are very few places in the Persian world where Christians are allowed to meet. But today there are many Iranian, Afghan, and Tajik churches growing and worshipping the Lord Jesus all over the world.

This is part of the untold story of what God is doing in the Middle East. And you can be a part of it.